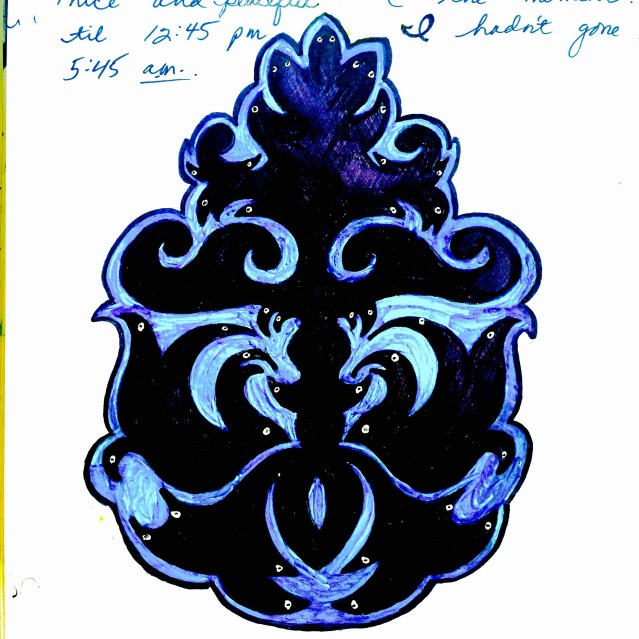 I don’t know what the above drawing means. But that’s my favorite part about drawing. Once I stopped trying to convey some specific  meaning when I draw or paint, I became much more immersed in the work — to the point where “work” is a misnomer.  This kind of immersion feels so complete that it ceases being work and starts to become  “play.”

And a fringe benefit of “letting go”  is (almost always) being happier with the results– results I allowed to happen rather than forcing.

I was just drinking my morning tea and trying to draw a curly-cue pattern I noticed on a pillow in my living room.

It’s highly likely this drawing surfaced because of an HBO documentary I saw the other night – Hitchcock and Truffaut – which featured  several snippets from THE BIRDS.

Maybe I just like creepy birds and curly cues.